Rosie Remmerswaal is helping to make language learning fun for the whole whānau.

Rosie has become part of a growing number of non-Māori who speak te reo. Fuelled by pure intentions, she has developed a deep love for the language – a love that has led to her giving back to the culture she loves in myriad ways.

Most prominent among these creative ways of supporting Māori language revitalisation is the development of the board game Kaupapa, alongside her former flatmate Kuruho Wereta. 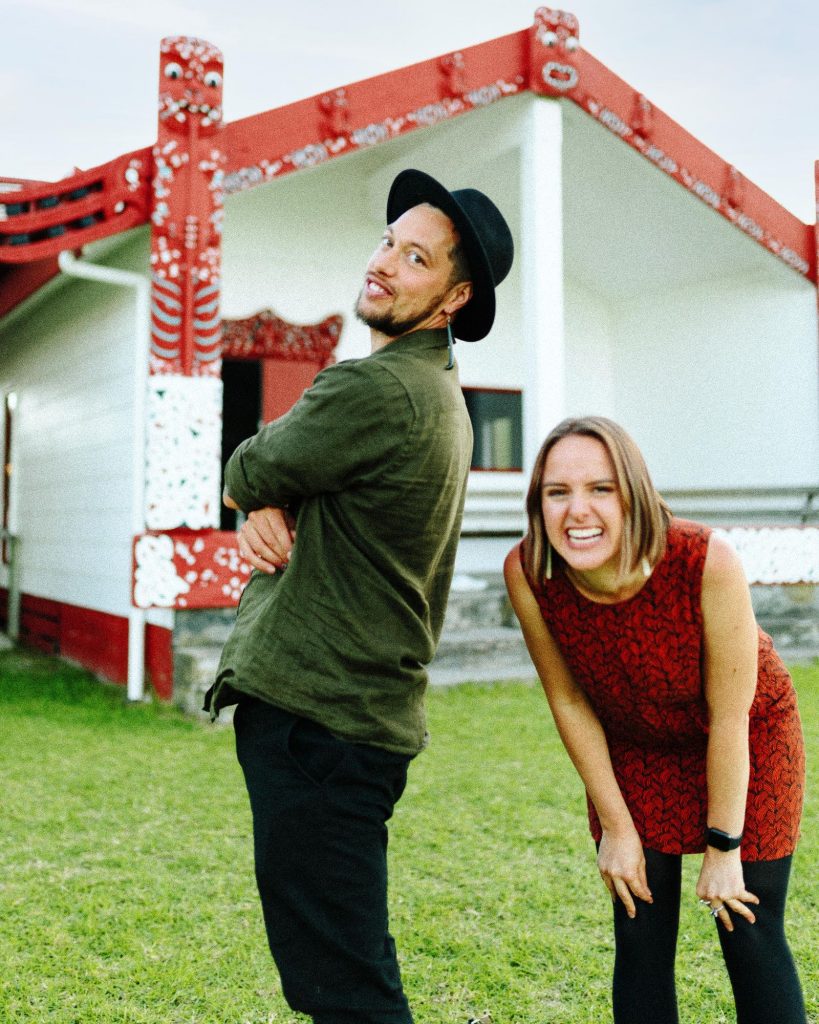 Rosie and Kuruho developed Kaupapa as a way to enhance their own te reo studies. The game got such a positive reaction from friends that the pair decided to share their creation.

The pair were desperate for a fun way to help with their language learning, and after careful development, Kaupapa was the result. The initial iteration became such a hit among whānau and friends that Rosie and Kuruho decided to market and distribute the game to a wider audience.

They have already sold more than 2000 games and have another 3000 in production. Kaupapa is in hot demand and is being sold in retail stores like Whitcoulls and Iko Iko, and Rosie hopes it will encourage more people – Māori and non-Māori – to learn the language.

“What we’ve created is an environment where people can marvel at the awesomeness of te reo Māori. The board game has been vital in bringing us together and having fun as whānau and friends. The connection that happened when we played it helped accelerate our learning.”

For Rosie, becoming fluent in two languages of this country has strengthened her relationship with Aotearoa. Growing up in Hawke’s Bay, she was first introduced to the Māori culture at primary school. She loved learning waiata and all the things the Māori culture had to offer, even if her access was limited. As she describes it, she was “part of a generation who went to a school that had a little sprinkling of Māori here and there”.

When she left Hawke’s Bay to attend Toi Whakaari: New Zealand Drama School in Wellington, her passion for the Māori language grew.

“I was inspired by the whakapapa of different words and how it helped us to relate, encounter and engage with each other.”

In 2018, Rosie took the initiative to learn te reo Māori by enrolling in classes in Auckland, starting part-time before taking the plunge into full-time studies. With a background in costume and set design, she gave her focus so fully to her study that she turned down jobs on projects for Disney and Peter Jackson. 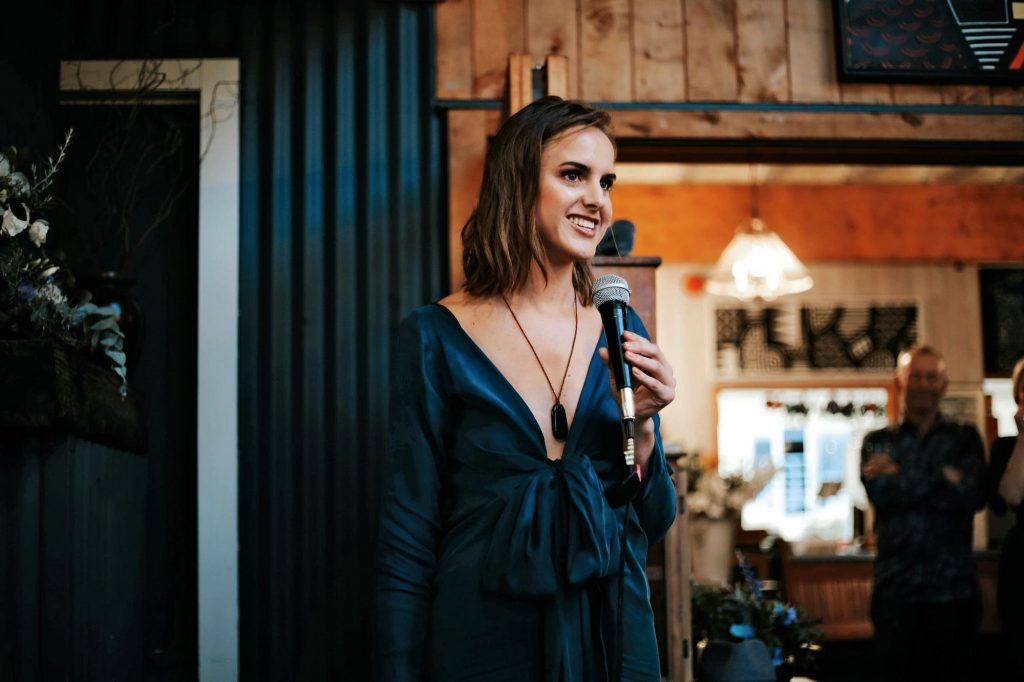 Friends, who were Māori and non-Māori, joined Rosie on her te reo journey. They would encourage each other’s learning by attending extra lessons on the weekends at marae around Auckland, opting to speak only in te reo Māori on Saturdays and starting a regular coffee group where the attendees would only speak Māori to each other.

Now, she and those friends can also add playing Kaupapa to their language learning line-up. The game is all-inclusive, catering for everyone from beginners to fluent speakers through clever alternative ways of playing. Players work their way around the board by rapidly describing different words on cards to teammates – a familiar style of game play to many board game connoisseurs. 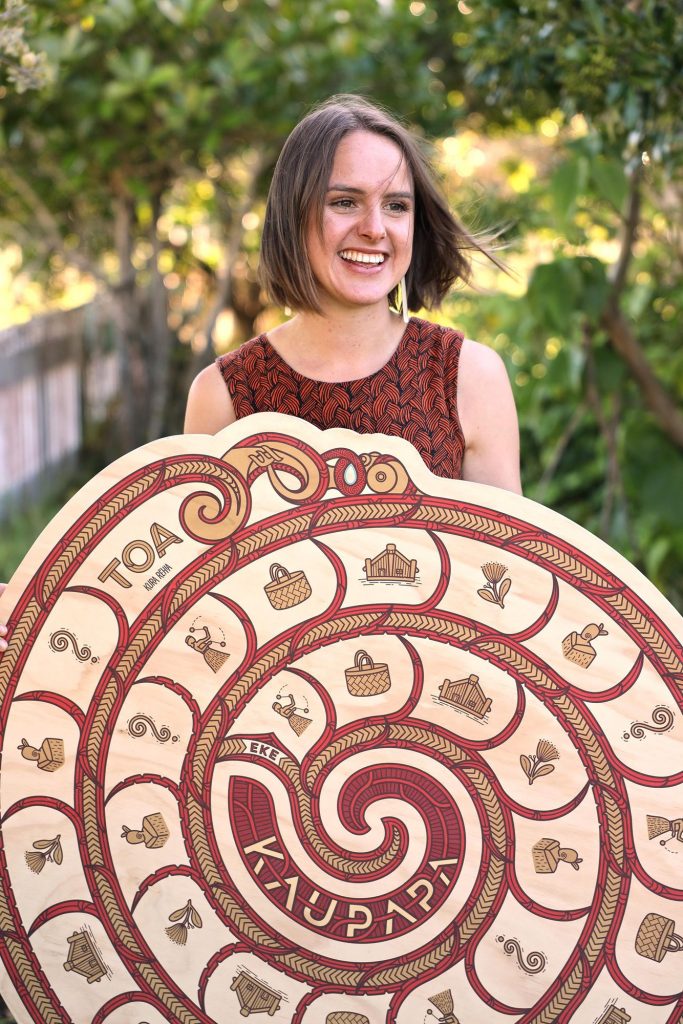 But Kaupapa goes a step further, with a coin toss to see whether the way forward will be made murky by the famous trickster Māui and the challenges the cards bearing his name present. Whether Māui will help your chances or hinder them remains to be seen with the flip of each card. It adds an extra element of luck and fun to a game focused on learning, making Rosie and Kuruho’s company Kura Rēhia worthy of its name – it literally translates as “fun school”. 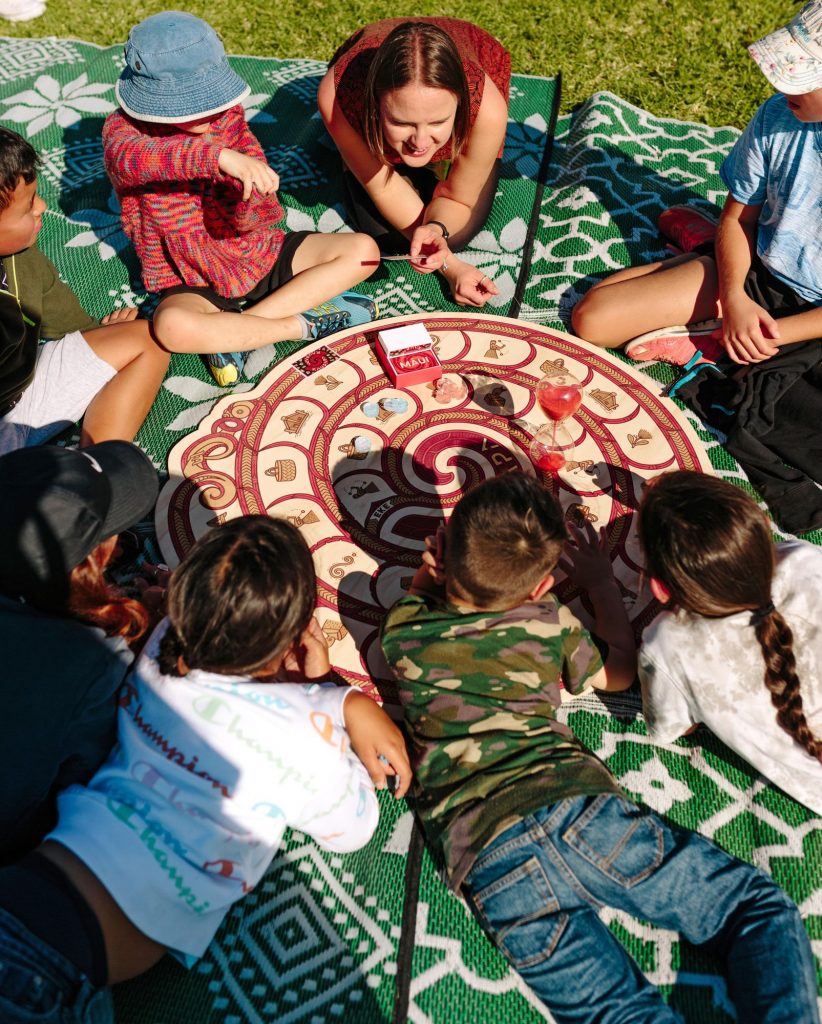 Kaupapa is also beautifully and thoughtfully designed, with a game board that looks like it should permanently live on a table rather than be tucked away into its box. Everything from the shape of the board to the sleek timber shows an eye for detail and obvious passion for the subject matter.